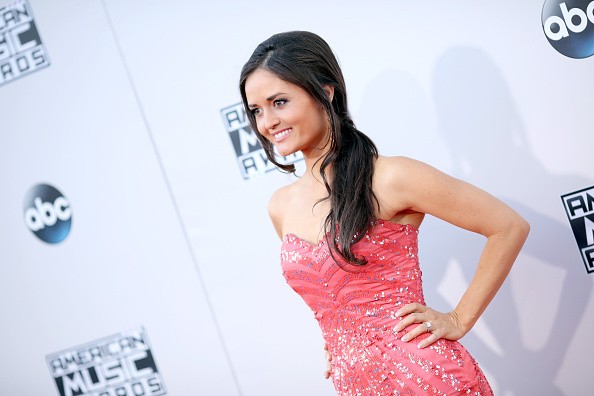 Danica McKellar, best known for playing Winnie Cooper in the long-running comedy drama series "The Wonder Years," is working on not one, not two, but eight children's books, with an ongoing theme showing how fun, awesome and easy math can be.

McKellar uses her expertise in the subject to reach out to kids especially young girls and show them that STEM (Science, Technology, Engineering and Math) studies are actually exciting. She plans to prove this by writing a stack of math books that are titled in the most amusing way possible.

Some of the titles McKellar is working on include "Math Doesn't Suck," "Kiss My Math," "Hot X" and "Girls Get Curves." The first of the eight books will be published in spring 2017 by Random House Children's Books.

The tomes, which are intended for various readers from toddlers to third graders, will see McKellar introduce basic math concepts in "a fun and memorable way," as the press release acquired by Galley Cat described. The set of books will be split into two series to cater to different age groups.

According to Galley Cat, Crown Books for Young Readers executive editor Emily Easton, who will edit all of the books to be put out by McKellar, sealed the multi-book deal with Kuhn Projects, LLC literary agent Laura Nolan.

"The first will be a story-based picture book series for toddlers that parents can read to their children again and again. The books will show math as a natural part of life, in real-world scenarios and with adorable illustrations," the press release explained.

"Crown will also publish McKellar's second series of titles, for second and third graders, which will tackle the math concepts that students at this age struggle with the most, in an entertaining and innovative format," the statement added.

Outside of writing math books, fans of McKellar can catch the actress in the TV movie "Crown for Christmas" on Hallmark Channel. McKellar plays the role of Allie Evans, a former New York Hotel maid who falls head over heels for Maximillian, King of Winshire played by Rupert Penry-Jones. The holiday royal romance will be aired on Dec. 15 at 11:59 p.m. ET. Check out other air dates on the star's Facebook page.