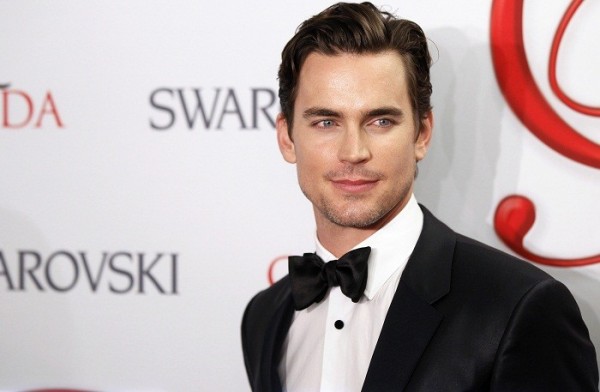 Fans of Matt Bomer are not having it.

Bomer, 34, recently was the victim of scrutiny on Twitter from writer Bret Easton Ellis, who discarded Bomer to play Christian Grey in the upcoming film adaption "Fifty Shades of Grey."

Ellis, who recently confirmed that he was not in the running for screenwriter for "Fifty Shades," criticized Bomer as a possibility for Christian because Bomer is gay.

On Aug. 5, Ellis started a series of tweets regarding Bomer as Christian Grey, and responded to what other people were saying about his ranting.

"Fifty Shades of Grey: I'm seriously having problems with Matt Bomer as Christian...But why?!?" tweeted on Aug. 5.

"Okay. Let's finalize this. Matt Bomer is totally hot and a very good actor. He is NOT right for Christian Grey and it complicates the role.

"Fifty Shades of Grey: Matt Bomer is NOT about discrimination. It's about an intensely straight actor wanting absolutely to screw Ana Steele.

"Okay I'll say it. Matt Bomer isn't right for Christian Grey because he is openly gay. He's great for other roles but this is too big a game."

He continued to show his non-support for Bomer as Christian, saying that the role needs an actor who's genuinely into women and that he "totally comes off as gay" in "White Collar." He also said that the actor will be discriminated against if he was to play the crucial role.

He later on said, "You know what? I changed my mind: I now think a gay actor HAS GOT to play Christian Grey. It's IMPERATIVE that someone gay plays him...

"Let's destroy the bullshit stereotypes of Hollywood studio moviemaking and cast a gay actor as Christian Grey in "50 Shades of Grey." A win.

"But I still don't think Matt Bomer should play the role."

Even Bomer's TV series showed support for the actor.

One Bomer fan said, "Prepare yourselves for a rant on why Bret Easton Ellis is an idiot for his remarks about Matt Bomer being cast as Christian Grey."

Actress Odette Annable tweeted, "I have 100% zero issues if they decide to cast Matt Bomer as Christian Grey. I think it's a good choice. That's all. #fiftyshades."

MattBomerFan.com, which has over 12,500 followers on Twitter, also throws their support behind Bomer for Christian Grey.

One fan said on its Twitter page, "@MattBomerforCG This is exactly how I visualised Mr Grey. There's no doubt about it, he's the one who's gotta play Mr Grey in the movie!"

One Bomer fan called her page "Mrs. Bomer," and her description says she is "obsessed with Rob Pattinson and Matt Bomer."

The "White Collar" actor is openly gay and in a relationship with publicist Simon Halls. He recently starred in the movie "Magic Mike" as Ken.

What do you "Fifty Shades" fans think? Do you agree with Ellis? Sound off below in the comment section!