From Books to TV: Top 5 Titles to Flip Through Before Small Screen Adaptations 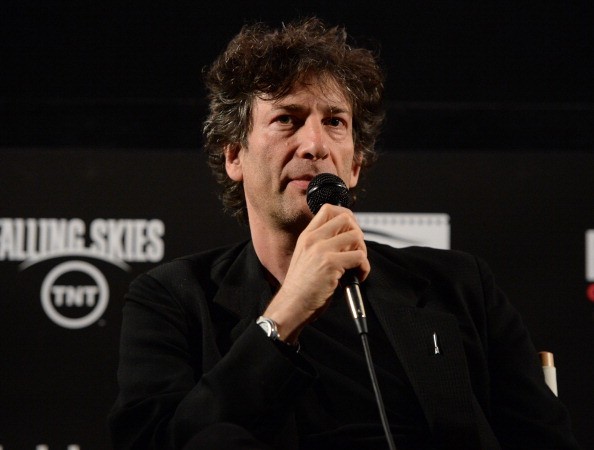 HOLLYWOOD, CA - MAY 05: Writer Neil Gaiman attends the screening for 'Coraline' during the Entertainment Weekly CapeTown Film Festival presented by the American Cinematheque and sponsored by TNT's 'Falling Skies' at the Egyptian Theatre on May 5, 2013 in Hollywood, California.
(Photo : Michael Buckner/Getty Images)

Great stories told on print are now becoming the subjects of full-blown TV series with big Hollywood celebs and acclaimed directors bringing the colorful characters on paper to their small screen equal. But before these five novels go across the border, it is best to savor them in black and white first.

1. "A Series of Unfortunate Events" by Lemony Snicket

Netflix is bringing this misfortune-filled book series into its lineup. There are a dozen and one volumes in this young adult collation, all of which recounting the tales of the three bright Baudelaire children, Violet, Klaus and Sunny, whose lives turn upside down after their parents were killed in a fire.

The three youngsters are sent to live with their horrible uni-browed relative named Count Olaf, an amateur thespian who so unpersuasively masquerades himself as different outrageous characters in his pathetic attempts to exterminate the kids and steal their inheritance.Combining their talents and wit, the Baudelaires try to get the better of their pursuer.

Notably, the first three books of the series were already made into a film back in 2004. Jim Carrey played the role of the greedy camouflaging Count Olaf. Now, Netflix is set to reintroduce it as a show; however, the premier date is yet to be released.

Initially set to be adapted by HBO, the Nebula Award-winning fantasy novel from the storytelling master was said to be too difficult to recreate on TV. According to Collider, Starz picked it up instead and production is now well underway, with Gaiman writing a few episodes and producer Bryan Fuller "cranking away."

The story follows a man named Shadow, who gets out of prison only to find out that his wife was killed in a car accident. With no family and job waiting for him, Shadow accepts Mr. Wednesday's job offer as his bodyguard, and, from there, he is brought into a world where old and new gods scuffle.

Leonard juggles the complications of his relationship with his tech-gripped girlfriend as he tries to deal with the stresses at work brought about by his problematic boss. Independent studio Media Rights Capital acquired the rights for the novel and Ben Stiller is being eyed to star, The Hollywood Reporter reveals.

4. "The Mortal Instruments" by Cassandra Clare

The young adult fantasy did not make it as a movie franchise, but it looks promising as a TV series, titled "Shadowhunter," which ABC Family will start to air next year. The young adult series has six volumes, the last being "City of Heavenly Fire," which was published May last year.

The basic premise of the books centers on a teenage girl, who learns of an invisible magical world, only seen by mystic creatures like her. There, she discovered that she was destined to be a demon hunter, which changes everything she laid out for herself in her perceived future.

Dominic Sherwood, who has appeared on "The Vampire Academy" and Taylor Swift's music video of "Style," landed the leading man role, according to MTV.

Another work from the esteemed author, who owns the contemporary horror and supernatural category, is being given a small screen treatment. The book is about a time traveler, who inadvertently messed up the fabric of time by causing a nuclear war to erupt in the present day as he attempts to save President John F. Kennedy from being assassinated.

As he attempts to fix the damage, he realizes that he is too weak due to the radiation and poisoning to travel back in time. Variety reported that Hulu picked up the novel as a mini-series with James Franco taking on the lead role as well as serving as a producer for the nine-hour mini-series.