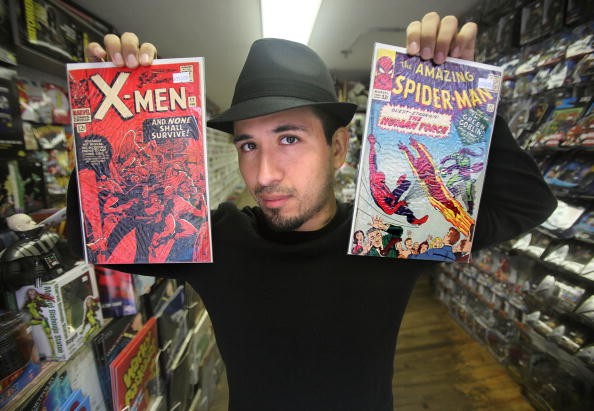 A week before the Comic-Con International in San Diego, a comic book sales report reveals where pop culture stands in the current generation.

According to ICv2, reported sales reveal that comic books and graphic novels in the US and Canada increased by seven percent in 2015, with a total reach of $935 million.

The joint estimate, with a summarized infographic, was made by ICv2's Milton Griepp and Comichron's John Jackson Miller.

Periodical comics and graphic novels in comic stores, as well as graphic novels purchased from bookstores and online, all increased for the first time since the '90s.

The greatest increase is in 2014, with a 16-percent rise in graphic novel sales from bookstores and online booksellers.

Griepp thinks that the comics business is in "a very exciting time." He said, "The broad range of titles being published, the wide variety of places they're sold, and the great exposure comics are getting from other media are all very positive for the industry."

Comic books are also gaining exposure on television. An ongoing black-and-white series called "The Walking Dead" had been adapted for television in 2010.

Forbes reports that the season five premiere of the show reached 17.3 million viewers, making it "the highest rated show in cable television history." The sixth season is coming in October.

"The market's in great shape," said Miller in the ICv2 report. "Digital appears to be complementing, rather than cannibalizing, print," he added.

Meanwhile, thousands of comic book fans and other media are counting the remaining days before July 8, the preview night and first event of the San Diego Comic-Con 2015.

The cast of "Batman v Superman: Dawn of Justice", another superhero film that started from comic book series, is coming to the pop-culture convention.

"We're also thrilled to give our filmmakers and talent a chance to experience the unique energy and enthusiasm of Comic-Con," said Sue Kroll, worldwide marketing president at Warner Bros., in a statement quoted by People.

The report also reveals that Ben Affleck, who is set to portray Batman in the 2016 movie, is coming to promote the film on Saturday, July 11.

Recently, the actor's divorce with wife Jennifer Garner was confirmed after 10 years of marriage, in a joint statement of the ex-couple released via People.