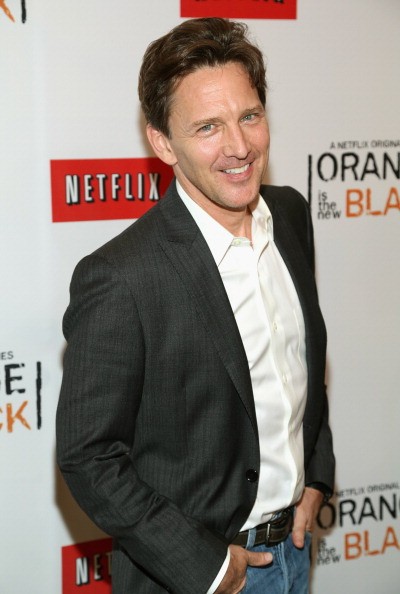 "Pretty in Pink" actor Andrew McCarthy, who has also been making a name as a travel writer and TV director, is starting a new journey in the fiction world through the young adult genre.

McCarthy is having his first fiction work released in the spring of 2017, Entertainment Weekly reports. Algonquin Young Readers is publishing the novel, which is to be called "Just Fly Away".

The book centers on a 15-year-old girl, Lucy Willows, from New Jersey, who learns that she has a half-brother who is only eight and lives in the same town.

"I'm delighted to have my debut novel land at Algonquin, a house that has a great reputation for not just publishing great books, but also nurturing books and authors both at launch and over a lifetime," McCarthy said in a statement as per Entertainment Weekly.

While this book is the actor's first work of fiction, the YA novel is not his first published book. He has already written a New York Times bestselling memoir titled "The Longest Way Home." The non-fiction book show revealed parts of his personal life and demonstrated his love for traveling.

In an interview with the Los Angeles Times, McCarthy recounted the story of how he started traveling the world after promising marriage to his fiancé.

"The idea for the book came to me in the back of the cab after we had just gotten engaged," he said.

"Acting, directing, writing—it's all the same. It's all storytelling," he told the magazine in an interview.

"Andrew proves that if you can tell stories in one medium, chances are you can do it another," Keith Bellows, named Editor-in-Chief of the magazine in 1998, said in the same interview.

According to the actor's website, Andrew McCarthy's acting career started in the '80s when he started making a name through "Pretty in Pink" and "St. Elmo's Fire."

His debut film in directing, a 16-minute film called "New for the Church", has won best short film awards in five different international film festivals. He is also known for directing "Happyish" and "Blacklist".

While his new young adult novel does not come out until 2017, Andrew is currently busy with directing and acting. Recently, he directed a Netflix series titled "Orange is the New Black." The series has grabbed four Golden Globe and 12 Primetime Emmy nominations.

He is also going to star in ABC's new thriller series, "The Family," showing his continuous journey from one career to another.