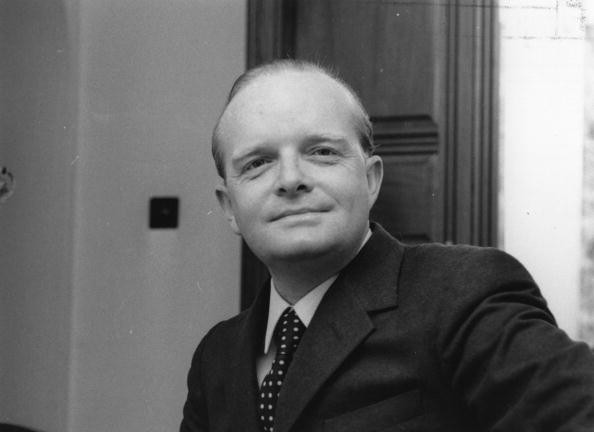 Harper Lee and Truman Capote's childhood friendship is being eternalized in an upcoming middle-grade novel by Greg Neri, according to The Guardian. Titled "Tru & Nelle," the Coretta Scott King Award-winning author claims it is the first book to tell the story of the celebrated authors' amazing bond.

"I couldn't believe no one had taken it on," Neri told the New York Times. "Both [Harper] and Truman used their real lives as fodder for their fiction, and I figured if they did it, maybe I could do it too," the writer continued.

Indeed, the writers did. According to the aforementioned publication, Scout and Dill's friendship in Lee's timeless bestseller, "To Kill a Mockingbird," and the controversial, newly published follow-up, "Go Set a Watchman," is drawn from their relationship.

Capote, on the other hand, had no other image in mind other than his good friend, whose first name is Nelle, when he wrote about the brash, cantankerous tomboy Idabel Thompkins in his first novel "Other Voices, Other Rooms."

According to The Guardian, Lee first met Capote when he moved to her hometown back in 1920. New York Times adds that the very unlikely duo — the former was a scrappy tomboy and the latter dressed all too dapper and had a shrill voice — found friendship as they shared their love for detective novels.

"Nelle was too rough for the girls, and Truman was scared of the boys, so he just tagged on to her and she was his protector," the New York Times quotes Charles Ray Skinner, Lee's brother Edwin's childhood friend, in a biography of the "To Kill a Mockingbird" author.

Neri reveals in his website, which has excerpts from the book as well, that the idea of "Tru & Nelle" first popped into his head in February last year, after watching a Bennett Miller film, where the "Breakfast at Tiffany's" author was played by Philip Seymour Hoffman and Lee played by Catherine Keener.

"Curious, I began googling their childhoods and further research revealed a series of wonderfully evocative tales about their life in the Deep South. I was surprised that no one had ever written about their friendship in depth, especially for kids," Neri said.

"Their real-life stories were outrageous and funny, sad and all too human. I was hooked," he says. He shared that he "can't help the storyteller in [him]" when he learned about how they played Sherlock Holmes and John Watson. In "Tru & Nelle," Capote and Lee try to get to the bottom of a mystery.

"Tru & Nelle" will be published by Houghton Mifflin Harcourt on March 1 next year.