'Game of Thrones' Book 6 'The Winds of Winter' Sequel 'A Dream of Spring' Unlikely Done Before HBO Show's Finale? 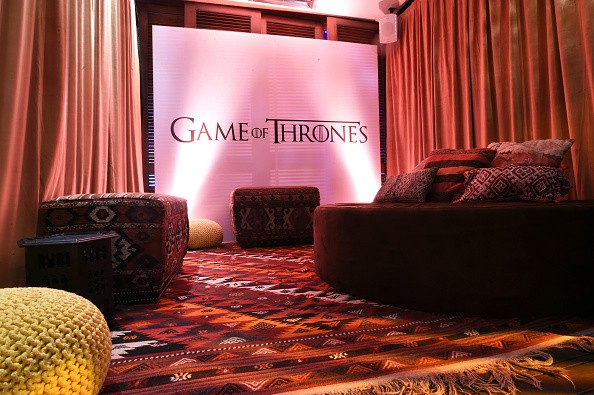 George RR Martin doesn't mind if HBO wraps up all the seasons of "Game of Thrones," the epic TV series inspired by his bestselling saga "A Song of Ice and Fire," even before he finishes writing the remaining volumes of the book series.

During the Sanquan Science-Fiction Convention, the novelist admitted that HBO moves a bit too nippy in developing the series. And while he has learned to acquaint himself with how fast the show was fashioned to go, he says that this won't affect his writing pace.

"The show is moving forward like a locomotive, or sometimes a jet locomotive," Martin said as quoted by GeekWire. "They're writing 60-page scripts, I'm writing 1,500-page novels. So who the hell knows?" the writer went on to say.

"Game of Thrones" just ended season 5 with a finale (dangling the fate of fan-favorite character Jon Snow) that had fans clamoring for season 6. Martin, on the other hand, is still working on "Winds of Winter," the sixth installment in his book series that the show's season is supposed to be based on.

Martin admitted during the convention that he was, for a moment, worried that that the books would eventually be dwarfed the hit series it gave birth too. Indeed, the show could be considered HBO's most treasured gem at the moment. He, however, quickly got over it.

"There was a period where I was worried about that," the author confessed. But he swiftly made it clear, saying, "Worrying about it isn't going to change it one way or another. I still sit down at the typewriter, and I have to write the next scene and the next sentence."

He then explained that the best way to go is do what he does best, and that is to write the real destiny of the people of Westeros and beyond. "I'm just going to tell my story, and they're telling their story and adapting my books, and we shall see," Martin concluded.

According to Bulletin Leader, Martin assured in an interview with D'Brickashaw Ferguson that fans can nonetheless both enjoy "Game of Thrones" and "A Song of Ice and Fire" at the same time.

As reported previously by Books N Review, HBO has plans on doing eight seasons of "Game of Thrones" after planning to just go for seven runs, reflecting the number of volumes in "A Song of Ice and Fire." After "Winds of Winter" is "A Dream of Spring," which is the final book in the saga.

As for the release date of "Winds of Winter," it is better not asking Martin about it. Those who dare will meet a horrible fate. "Don't ask me when the book is going to be done - I'll ask my minions to lop your head off," the author joked.

Martin has previously stated that he plans on completing "Winds of Winter" before the year ends.