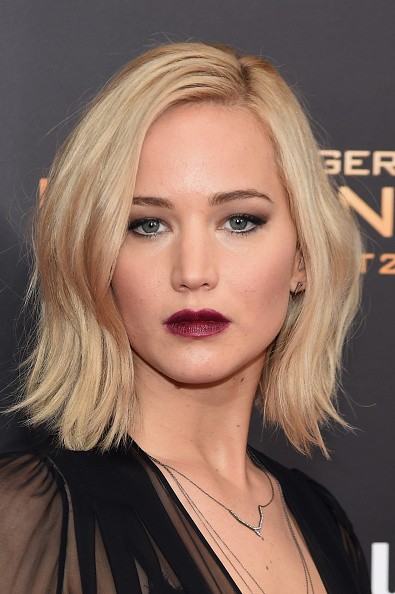 "Hunger Games: Mockingjay Part 2," the movie that caps one of the biggest and most popular young adult movie franchises today, is now in theaters. For those who read the book before coming to the cinema, they may have noticed some glaring differences from the book and the movie.

Although author Suzanne Collins assured that the movies were fairly faithful to the source material, there were quite a lot of times that the final film became "innovative."

First off, Effie's presence in "Mockingjay Part 2" is noticeably far more considerable compared to the books. As USA Today recounted, the lover of outrageous fashion did not show up until the end where she brought Katniss to execute Snow.

In the film, even back in Part 1, Effie is almost always in attendance and where Haymitch is, she will most likely be there too. In the closing film, what fans did not see coming is Effie and Haymitch giving each other a kiss. Whether it was out of romance or intense friendship remains a mystery.

Speaking of the duo, Haymitch and Effie were the characters that filled in scenes intended to involve Plutarch Heavensbee, a role played by Philip Seymour Hoffman, who died in the middle of the "Mockingjay Part 2" production.

The movie was also different from the book in the sense that it did not show Katniss and Johanna train for the war. The pair was supposed to be considered fit for battle by President Coin and so they went through a grueling series of training sessions. The movie cuts that out completely.

In "Mockingjay Part 2," another noticeable omission from the book is Katniss killing in cold blood a civilian who stays in a Capitol apartment that her group plans to use as shelter.  In the movie, the said apartment had no people in it.

There are also noticeable changes involving Peeta's film version, as per Yahoo. The book shows that the effects of Capitol's brainwashing is wearing off as the baker's son finally gets the grasp of segregating fake and real memories.

He concluded that a memory of two Avoxes being tortured in front of him is a real one because it isn't "shiny" like the fake ones. The movie, however, recognizes Peeta's gradual recovery but doesn't involve it to anything traumatic.  Also, Peeta was supposed to make an elaborate cake for Finn's wedding, which the movie did not include.

Lastly, even the ending of the "Hunger Games: Mockingjay Part 2" was somewhat tweaked. In the book, before marrying and starting a family with Peeta, Katniss struggled for years to get past the trauma brought by the war and" Hunger Games." She had a lot of mental issues to deal with in the book.  In the movie, Katniss weds and had kids Peeta straight away.