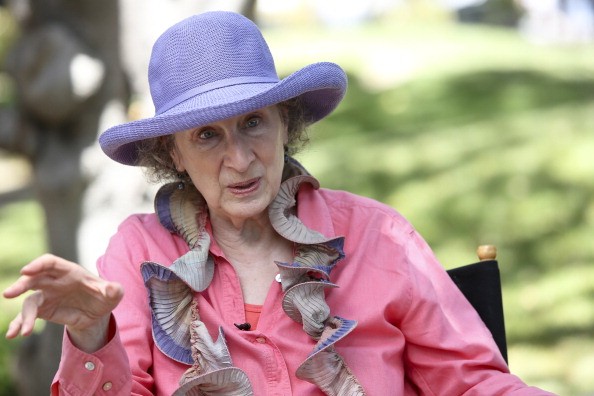 Margaret Atwood, known for her beloved speculative fiction books the most popular being "The Handmaids Tale," is now trying her hand on telling a story of an "unusual superhero" as she makes a splash in the field of graphic novels.

The superhero novel is called "Angel Catbird," which is also the name of the all new part cat, part bird hero Atwood will be introducing to readers. Johnnie Christmas will be taking care of the illustrations in the upcoming book.

Describing Angel Catbird, Atwood said via Entertainment Weekly that "Due to some spilled genetic Super-Splicer, our hero got tangled up with both a cat and an owl; hence his fur and feathers, and his identity problems."

Atwood chose a cat and a bird to constitute the protagonist as a way to give due spotlight to the Keep Cats Safe and Save Bird Lives programs, which are both spearheaded by Nature Canada -- which is said to be the oldest conservation charity in the country.

Unsurprisingly, the award-winning "Oryx and Cake" author did an impressive job in unleashing the superhero makings of these lovable animals too.

"We're proud to bring Margaret's Angel Catbird here to Dark Horse, since it is exactly the kind of creator-owned graphic novel we are committed to publishing," he went on to say.

Christmas, on the other hand, is glad he is part of the project as he gushes about the opportunity of having to team up with a literary legend like Atwood. "It's tremendously exciting to work with one of the great contemporary novelists," the artist said.

"I can't wait for readers to experience the world of Angel Catbird that we're building. It's got warmth, heart, humor, and lots of action," Christmas, who is known for his work in the "Sheltered" comics, went on to say.

According to LA Times, "Angel Catbird" will run as a trilogy with each volumes priced at $10.99. Dark Horse will publish the first volume of Atwood's comic book series in fall 2017.

Atwood has already showed some love for comics in "The Secret Lives of Geek Girls," a comic anthology by Hope Nicholson. However, The Verge notes that Atwood is the latest author to try out comic book writing.

"Between the World and Me" author Ta-Nehisi Coates is also working on a "Black Panther" series. Books N Review has previously reported that "Artemis Fowl" writer Eoin Colfer was also tapped to write an "Iron Man" comic book for Marvel.