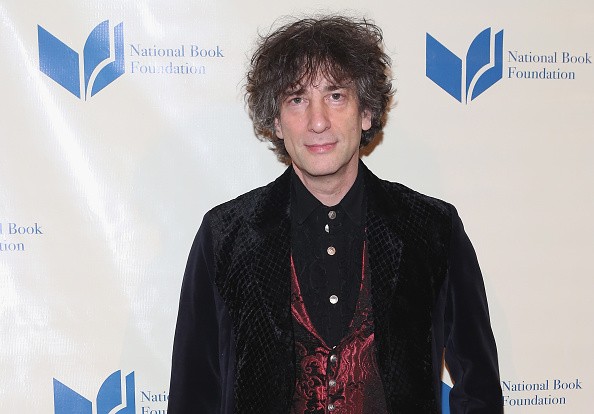 Bestselling fantasy fiction novelist Neil Gaiman is planning to bring to life the ivy-filled courtyards and disintegrating towers of Gormenghast, as told in Mervyn Peake's fantasy classic series of the same name. The "Neverwhere" author revealed his plans via Twitter.

Gaiman is currently in talks with studios to pitch his idea of the film adaptation. Like fans of Peake and Gaiman, the writer has his fingers crossed that the project will be picked up. Thankfully, Mervyn's son Fabian Peake is open to Gaiman's idea.

"It is wonderful news that progress is being made on the filming of my father's books. Plans for making a film, with Neil Gaiman as the writer, have been going on for a while now," he revealed to The Guardian. Just like Gaiman, Fabian admitted that he is "very excited by the prospect of a Gormenghast film."

Mervyn Peake's fantasy trilogy is considered classics of the genre. The series is composed of three books. The first installment called "Titus Groan" published in 1946 follows the titular hero's birth and early journey to becoming heir to Lord Sepulchrave, Earl of Groan.

The second book published 1950 is simply titled "Gormenghast." When the book starts, Titus is seven years old. Being the successor of the kingdom, he deals with pre-ordained rituals conducted by Master of Ritual Barquentine and his apprentice Steerpike, who easily becomes his mortal enemy.

The third and last book, which was published in 1959, is titled "Titus Alone." Here, the heir to the throne leaves Gormenghast and embarks on a life-changing journey where he made friends and enemies.

Gaiman is just one of the writers that think highly of Peake's magnum opus. "Chronicles of Narnia" author CS Lewis described the books as "actual additions to life; they give, like certain rare dreams, sensations we never had before, and enlarge our conception of the range of possible experience."

The "American Gods" author has not explained in detail his plans for the "Gormenghast" movie, although he has broached about the importance on not making the movie too stretched. His main concern at the moment is how to develop a film that runs in a movie length.

"Do not let Peter Jackson anywhere near it. I don't want to watch 9 Gormenghast films. I would but I don't want to." The filmmaker, known for his lengthy films, helmed the "Lord of the Rings" and "The Hobbit" trilogies.