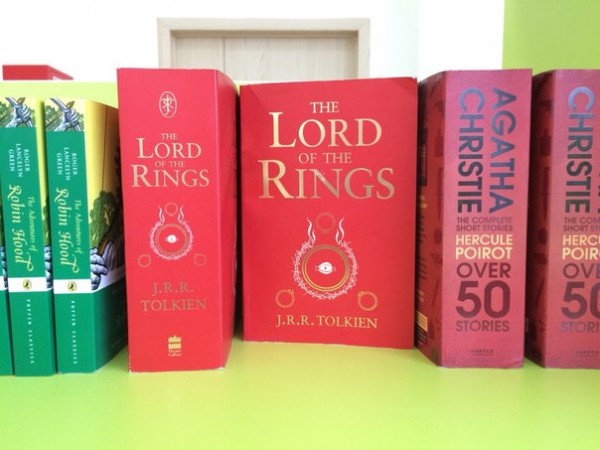 Some of the films that broke records and made history when it hit the big screen had been adapted children's and teen's books. From readers to moviegoers, these stories have touched the hearts of people through different media.

Here are the top five movies from children's and teen's books that changed the history of the big screen:

The "Harry Potter" series consists of seven novels written by J.K. Rowling. The book tells the story of an ordinary orphaned boy living with his relatives. He then discovers that he is a wizard and is supposed to come to a wizard school called "Hogwarts".

In 2008, a year after the last book of the series was published, the book has sold more than 400 million copies and has been translated into about 70 languages, reports The Guardian.

According to Box Office Mojo, the final film titled "Harry Potter and the Deathly Hallows Part 2" made $1.3 billion worldwide when it was released in 2011.

While the books and films have wrapped up, the series goes on. A spin-off theater show is coming in 2016, Daily Mail reports. The show is called "Harry Potter and the Cursed Child".

The Lord of the Rings Trilogy

"The Lord of the Rings" was written by J.R.R. Tolkien as a sequel to the 1937 children's classic "The Hobbit".

"The Lord of the Rings" tells about a hobbit's journey to Middle-Earth to destroy the One Ring, a dangerous ring that rules all Rings of Power. The book has sold more than 150 million copies, as reported by International Business Times.

The film adaptation of the last book in the trilogy, "The Return of the King", raked in more than $1.1 billion worldwide. "The Hobbit" closely follows with more than $1 billion.

"The Hunger Games" trilogy was written by Suzanne Collins. The book features a dystopian world where each district sends two representatives for the Games, where participants thrive to survive and kill each other.

According to Scholastic, the book has sold more than 65 million original copies in the U.S.

All three films have made more than $2 billion in total, reports Box Office Mojo. The second part of the "Mockingjay" adaptation is set for release this year.

Published in 1865, "Alice's Adventures in Wonderland" is one of the biggest titles in the history of children's classics.

According to National Geographic, Lewis Carroll started the tale during a storytelling with little girls while on a rowboat. One of the girls, whose name was Alice, asked him to write his story on paper.

Disney brought the film to the big screen with Tim Burton as the director. According to Box Office Mojo, the film made $1 billion worldwide. The film also started a trend of Disney animated features having live-action remakes.

The Fault in Our Stars

"The Fault in Our Stars" film hit the big screen and made more than $300 million worldwide. The movie is only the start. "Paper Towns" is already available in theaters and more John Green books are coming to the big screen.