'Fantastic Beasts and Where to Find Them' Roundup: Everything to Expect From 'Harry Potter' Spin-Off 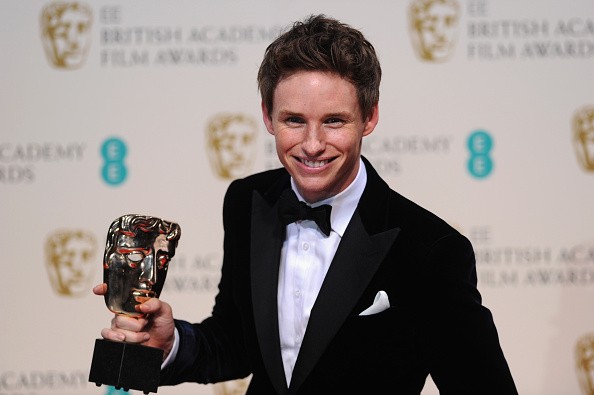 LONDON, ENGLAND - FEBRUARY 08: Eddie Redmayne with the Leading Actor Award for 'The Theory Of Everything' in the winners room at the EE British Academy Film Awards at The Royal Opera House on February 8, 2015 in London, England.
(Photo : Stuart C. Wilson/Getty Images)

It is never overdue for a "Harry Potter" movie as "Fantastic Beasts and Where to Find Them" gives fans another peek into the wizarding word.

While the film is currently building its cast, a flurry of details and rumors have surfaced. Here are some of the things to expect from the movie.

The ensemble is bulking up

According to a previous report from Books N Review, the movie will be headlined by Eddie Redmayne as Newt Scamander. Katherine Waterston is onboard as American witch, Porpentina, while her younger sister, Queenie, will be played by singer-songwriter Alison Sudol.

Ezra Miller will also be part of the magical world as someone Newt will come across in his journey to find mystic beasts in New York.

According to The Hollywood Reporter, the pack continues to grow with Colin Farrell joining as Graves, a wizard from New York. His inclusion was announced just this week. The Wrap recently confirmed the participation of Jenna Murray, whose character is yet to be revealed.

BBC has also confirmed that a 10-year-old Faith Wood-Blagrov has snagged the role of a "haunted" character named Modesty after a casting call.

Gulf News says that Modesty, who possess "an ability to see deep into people and understand them," is based in a Hogwarts textbook, "Defence Against the Dark Arts."

The events in the movie happened 70 years before Harry's journey

The film is about magizoologist Newt Scamander, who sets out on a quest to find mystical creatures in New York. Newt, according to The Guardian, was born in 1897 and wrote "Fantastic Beasts and Where to Find Them," which Hogwarts students use when they were on their first year.

There's a chance that Harry Potter won't show up

Based on the spinoff's timeline, it is very unlikely that Harry will appear. Daniel Radcliffe told The Guardian, "I don't think I'm going to be coming back."

However, he refused to dismiss the possibility of a cameo, saying, "I never know what Jo [Rowling] is going to write, but at the moment I'm in the same position that everyone else is in - waiting to hear what information is coming out because I don't know anything about these new films."

The film kick starts a trilogy

"Fantastic Beasts and Where to Find Them" is planned to get two more follow-up flicks. It's not like it will run out of material anyway. The Guardian says Rowling is expanding Newt's world, not that it isn't already big enough. The magizoologist himself spent 10 years searching for beasts. That being said, there are a lot of stories to tell.

"Fantastic Beasts and Where to Find Them" will be out November next year.