Not Over with Harry Potter: 5 Magical Books to Devour After JK Rowling's Series 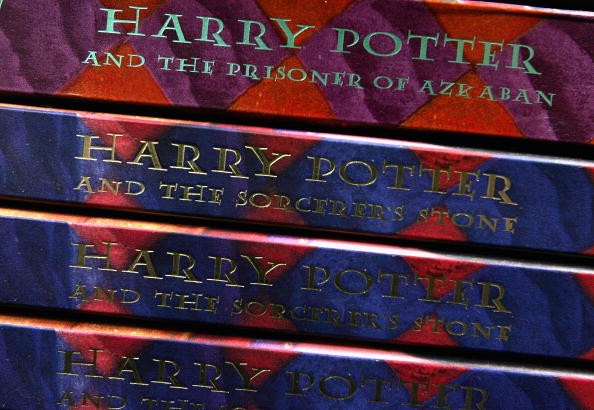 SAN FRANCISCO - DECEMBER 21: Copies of Harry Potter books are seen on the shelf at the Clean Well-Lighted Place For Books December 21, 2004 in San Francisco, California. Harry Potter author J.K. Rowling announced Tuesday that she has completed the sixth Potter novel, 'Harry Potter and the Half-Blood Prince' and it will be published on July 16, 2005.
(Photo : Justin Sullivan/Getty Images)

For Harry Potter's most devoted fans, accepting the book series' end is the hardest thing to do, and moving out of Hogwarts is the most callous and undesirable thing to come to terms to.

While you reread and relive the moment the boy who lived was told he was a wizard to becoming the greatest one there is, try not to decide against exploring other magical worlds that, to your surprise, actually abound and await to be explored.

Here are some titles Potterheads should check out and will surely love.

Percy's story is the perfect book for Harry Potter lovers. Percy here is a demigod (half-human, half-god) and is the son of Poseidon, the god of the seas. This is the first of the five books in the series. It entails how Percy trains with other demigods to defeat the monsters after him.

The Guardian vouches for the humor, action and pure awesomeness of Riordan's books, which means they are a must-read.

2. "The Magicians" by Lev Grossman

If you just can't get enough of the magic and wizardry, look no further than Brooklyn teenager Quentin Coldwater's enchanting tale. As per Oprah.com, this isn't called "grown-up Harry Potter" for nothing.

In this book, Quentin heads to Brakebills Academy to learn more about sorcery. Apart from knowledge about spells, he also gets a fair share of romance and decadence.

Gaiman's work does nothing but explore the world of magic and beyond in the most imaginative way possible. In fact, the author himself re-shapes mythology, which is why his titles are a must in Potterheads' bookshelves.

"American Gods" is the story of Shadow, who gets a job as a bodyguard to the enigmatic Mr. Wednesday. This career change will take him to places he never imagined, one where gods collide. Bustle assures that the dark elements of the book ought to make it a true page-turner for the magic lovers.

The key word here is addictive. The Guardian promises that this series, which centers on Yelena who studies magic in an academy for magicians, has Harry Potter feels all over. The "addicting" formula is completed with spell-binding realms and action-packed skirmishes.

Young Meggie knew of her father's ability to bring characters from books to life. One fateful night, an evil ruler from a book called "Inkheart" is personified and seizes them both. Now, Meggie must rewrite the story with her magical powers to save them from peril and ultimately defeat their captor.

Buzzfeed promises that this one has adventure and fantasy elements a Potterhead would love, plus a hint of bizarre to keep things interesting and its readers guessing.