'Harry Potter' Fever Never Over: 5 Facts Most Fans May Still Not Know About 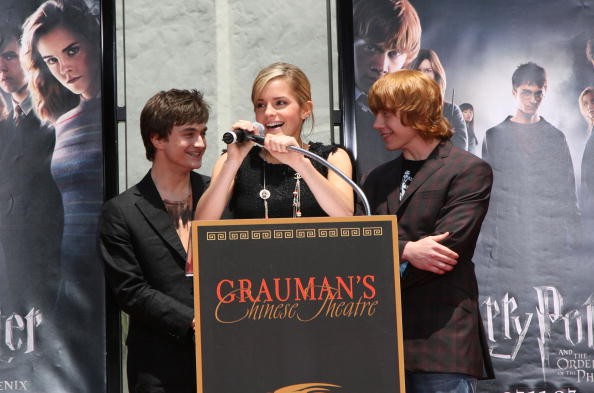 Many Harry Potter fans have read the books over and over and have seen the movies a hundred times. Still, the wizarding world still has a lot of mysteries and surprises hidden. The magic never ends.

Here are five of the many facts about the "Harry Potter" books and movies that most fans still don't know about:

Authors are known for their merciless killing, and Rowling is not an exception. Ron almost died, at least in the author's early drafts.

"Harry Potter" fans all over the world are heartbroken by the deaths of Sirius Black, Albus Dumbledore, Harry's owl and Fred Weasley, who left his close twin feeling half-empty.

The author revealed in an interview with The Guardian that she seriously considered killing Ron. If Rowling had pushed through with the thought, "Harry Potter" would have lost another family, a best friend that is almost like a brother.

She said that the filming schedule prevented her from keeping her As and pursuing her studies in a university. E! Online reported that Emma graduated from Brown University in 2014 with a Bachelor's Degree in English Studies.

Dolores Umbridge was inspired by someone Rowling despises.

Dolores Umbridge, with all her pink clothes and passion for kittens, may have looked like a warm, motherly professor in Hogwarts' faculty. However, Dolores may the most hated villains in the wizarding world. Even more hated than Lord Voldemort.

Rowling told The Independent that Umbridge was based on a real person she purely disliked. However, she could not reveal her identity or the exact reason behind her dislike.

Dementors are more than just imagination.

To Harry and many children, Dementors are just happiness-sucking creatures that do not exist in the Muggle world.

According to ABC News, the Dementors in books and movies represent the depression Rowling felt during her twenties. What makes it worse is, in the Muggle world, the author do not have magic chocolate or the Patronus charm to fight it.

There is a Muggle hero named Harry Potter.

There is a real British person named Harry Potter in the Muggle World, Daily Mail reports.

Private Potter was killed in action during an overseas mission in Israel. His grave is located in the British Military Cemetery, which has now been turned into a tourist attraction as fans are interested in the soldier's name.

The real person and the fictional character not only shares the name Harry Potter, they are also both considered heroes by their friends and families.