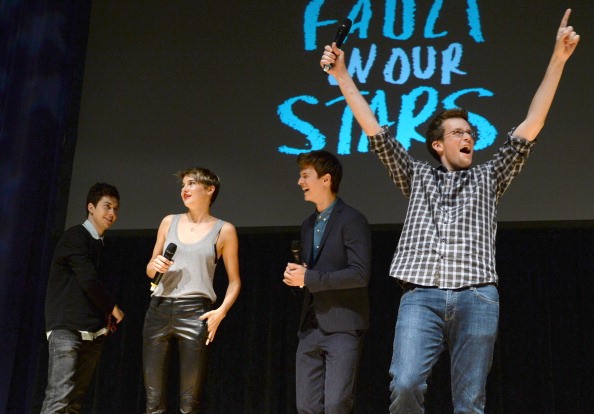 As John Green fans may have noticed, the cult-favorite novelist hasn't published a book since he penned Hazel and Augustus' cancer-laden, infinity-embracing love story in "The Fault in Our Stars," which spawned a blockbuster movie featuring "Divergent" stars Shailene Woodley and Ansel Elgort.

The author from Indianapolis, who also does all quirky and fun things with his brother and shares them in their YouTube channel, vlogbrothers, knows that very well. During a recent Reddit AMA, Green revealed just how his sixth masterpiece, which came out three years ago, had something to do with his halt in writing.

When asked how "The Fault in Our Stars," whose book equivalent debuted in the top spot of The New York Times Bestseller list, affected his writing, he replied, "Well, I haven't written a new novel in the 3.5 years since TFIOS was published, so I suppose it has affected my writing primarily by slowing it down."

MTV notes that Green religiously took part in the movie's full-sized press tours and promotion. He also had a hands-on involvement in the film, which he admitted before and beyond its three-month long production.

Furthermore, with his novel "Paper Towns" also being made into a movie flick, Green just don't have time to sit down and work some paperback magic. With the release of the film nearing (and Nat Wolff playing from Gus' blind best pal to a deranged teenage boy named Q), Green cannot be tied down to his desk.

Being "more involved" in these movie retellings, Green said on Reddit that these projects "have proved more time-consuming than [he] ever imagined." Besides the film adaptations, there are other factors taking up his timetable, sidetracking him from writing another novel.

Entertainment Weekly adds that Green's other distraction from working on another novel comes in the form of his educational video series, "Crash Course." The author also mentioned this while he talked to Reddit users about his writing endeavors.

"The success of TFIOS allowed me to spend a lot of time working on Crash Course even though CC doesn't provide me income," Green wrote. Another reason is that "his kids are little" and he longs "to spend time with them."

In the end, the big screen treatment of two of his books, which easily puts him on the map, isn't just the culprit in the absence of a new novel. Green recognizes the growing expectation of his fans for him to write another chart-busting saga.

"So it's hard to know if it's the success of TFIOS or other factors that have played into this extended bookless period of my life, but while I do feel a lot of pressure, I also don't want to publish until I've written something I can feel proud of. That hasn't happened yet. Hopefully I'll make more progress soon," Green comforts fans on Reddit.